5 ways to relieve pain from a shoulder problem 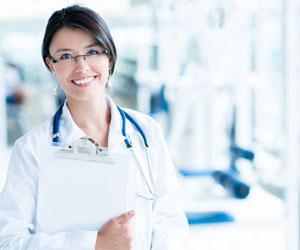 Our shoulders are the most mobile joint in the body, allowing us to carry out an endless list of motions. In fact, there are very few movements we make in the course of the day that don’t involve the shoulder joint. That also means they’re highly vulnerable to injury and generally take a long time to heal. Luckily, there are ways to keep your shoulders strong and healthy — for the long haul. Try these expert-approved tips to stay injury-free.

1. Strengthen External Rotators
One of the most common injuries that occurs within the shoulder is a subacromial impingement, which causes pain during internal rotation — the same motion that lets you throw a ball. By strengthening the external rotators, Morey Kolber, PT, PhD, associate professor in the physical therapy department at Nova Southeastern University in Florida, says it reduces the chances of shoulder impingement and pain. Try adding some band- or cable-resisted external rotations to your warm-up to start galvanizing your shoulders.
2. Avoid Lateral Raises above 90 Degrees
A common cause of subacromial impingement is doing lateral raises too high. Some trainers instruct raising the arms to ear-level, therefore above 90 degrees, and many lifters listen for a simple reason — they work. However, as Kolber explains, “When we abduct our arms, or raise them out to the side, our shoulders need to externally rotate to prevent impingement.” Problem is, the most likely point of impingement is at 90 degrees, he says.

3. Fix Your Upright Row
Another move associated with impingement syndrome is the upright row. This is a safe and effective shoulder building exercise, as long as once again it is performed with good form and at a safe range. When doing an upright row, make sure your elbows never go above shoulder height. Or, opt for a different exercise altogether. “Try swapping it for a high pull instead to get some other muscles involved in the movement”.

4. High Five! Or Not…
You know that position you assume when going to give your partner a high five after a great set? Elbow bent 90 degrees, hand raised in the air? It is suggested that avoiding the 90/90 position during a dumbbell military press or behind-the-neck pull-down. This prevents anterior instability, a condition that has been linked to posterior tightness and several other shoulder injuries more serious than impingement syndrome. It is recommended that presses Shoulder with a neutral grip (elbows pointed towards the mirror), and performing let pull-downs in front of the neck to avoid vulnerable positions and reduce the risk of injury.
5. Slow Down
Many lifters and trainers know that eccentric muscle action, or “negatives” as they are commonly referred to, are great muscle-building moves. The science goes a little deeper than that, though. “Evidence suggests that eccentric training may offer a greater anabolic response at the tissue, which is needed for recovery and repair”. Try slowing down during the lowering phase of your lifts to see increases in size, strength and stability — and a decrease in risk of injury — in your shoulders.

Maybe your shoulders are bugging you already or maybe they’re just fine. Either way, these methods listed above are great ways to reduce your risk of injury (or further damage) or build ironclad shoulders that can stand up even to the worst positions you put them in.

NJPSSA is a leading pain treatment clinic located in central New Jersey. We are committed to providing each patient the most comprehensive and exceptional level of treatment. We handle all personal,...

Neck and Shoulder Pain Causes and ways to relieve pain

What causes neck pain? Causes of neck pain include abnormalities in the bone or joints, trauma, poor posture, degenerative diseases, and tumors.

There are numerous structures in your spine that can cause neck and/or shoulder pain. The facet joints are a frequent cause of neck pain. Facet joints are small joints at each segment of the spine that provide stability and help guide motion.

Is Your Bag Causing Back Pain?

n earlier days, handbags were exactly designed to be carried in your hands for smaller items like money or trinkets. It wasn’t until the 20th century, with more women becoming employed, that purses grew in size and began being slung over the shoulder...

The knee is essentially composed of four bones: the femur, tibia, fibula, and patella. All four of these bones work in concert to aid the knee during movement. There are also muscles involved during flexion and extension of the knee.